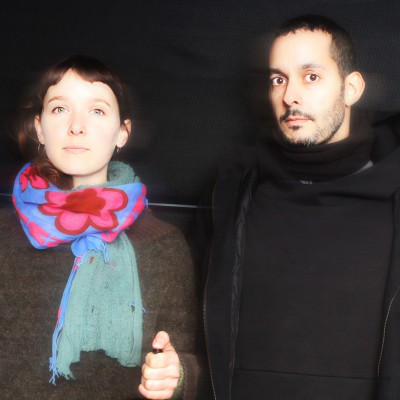 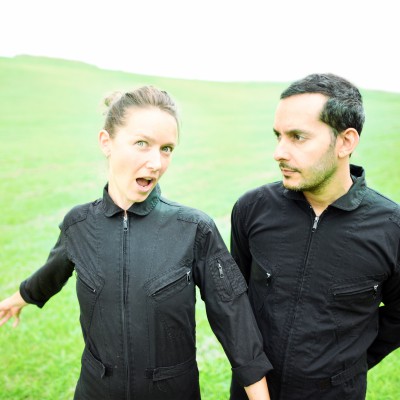 Buke and Gase make pop music in the most insane way possible‚ through long periods of ecstatic collaboration executed with a kind of monastic discipline. They are a band that wears genre tags lightly: Soon after releasing their EP-length demo +/-, they became an “indie rock” obsession shared by The National & beloved cult podcast Radiolab. Their debut album Riposte found them categorized as “steampunk art-folk”; they excelled at this, and became a favorite of NPR Music and were invited to perform on an early season of their Tiny Desk Concert series. Their second album General Dome appealed equally to metal, math rock & avant garde music fans, and spawned their closest thing to a hit thus-far: "Houdini Crush," which opens with a massive guitar riff and blooms into a frenetic round. It was behind this record that the band first toured the world, performing alongside & often serving as hand-picked support to a who's who of music icons: Laurie Anderson & Lou Reed, Shellac, Battles, Reggie Watts, Swans, Deerhoof, Owen Pallett & Mike Patton’s metal supergroup Tomahawk among others.

And then came a public silence — five years of it.

Aron & Arone were hardly dormant. Relocating full-time to the upstate artists’ haven of Hudson, New York, the duo recommitted to their sometimes punishing work ethic, clocking in & out for months on end with a fervor that indicated this job they'd created for themselves was also their greatest pleasure.

They embraced the freedom of playing & recording largely for their own consumption and creative fulfillment. They stepped out on their own creative journeys. Arone Dyer’s voice was the first thing anyone heard of The National's Grammy winning Sleep Well Beast album, singing the introduction to #1 AAA radio charting "The System Only Dreams In Total Darkness." She also moonlighted in side projects Mistresses & #dronechoir; participated in Justin Vernon and Aaron & Bryce Dessner's PEOPLE festivals, and sang with Bon Iver & The National on nationally broadcast late night TV. Aron Sanchez invented the chordstick, a bespoke percussion/guitar mash-up for Bryce Dessner's acclaimed "Music for Wood & Strings" project — and remained central to producing instruments for the Blue Man Group.

Three years ago, they embarked on a major refinement & modernization of their instrumental creations — and embraced electronic music. Together they developed Arx, a device that revolutionized their performance, allowing them to trigger percussive sounds, change effects on their instruments, and control vocal harmonies all with the punch of an arcade button. They have largely retired the buke (bass ukulele) and gass (guitar-bass). The band no longer sit through their performances exclusively — a reinvention unveiled when they opened for The National at massive venues across Europe last autumn. Buke and Gase stopped being defined by the instruments which gave them that name. Their new album Scholars began not as the title of their new record, but a possible-new moniker for the band.

Although their distinct musical character is still recognizable, the songs on Scholars embrace a form of expression that is more concise, more emotional & less perverse in its uniqueness. The album was honed from 60+ songs and hundreds of hours of recordings into a concise document clocking in under 40 minutes. In a way, their long & roundabout journey has resulted in a sound that’s coincidentally in sync with our most forward thinking contemporary artists — James Blake, Bjork/Arca, Frank Ocean. They have embraced the same computer- and synthesizer-driven creative tools that make EDM and trap music function, while existing entirely in their own, fully imagined universe of sound.