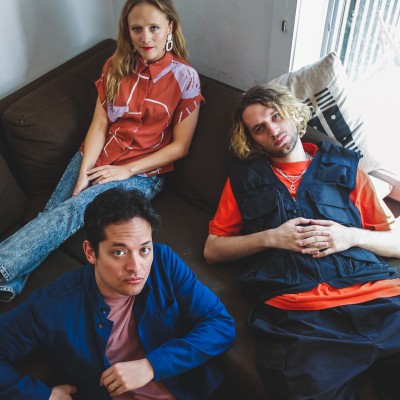 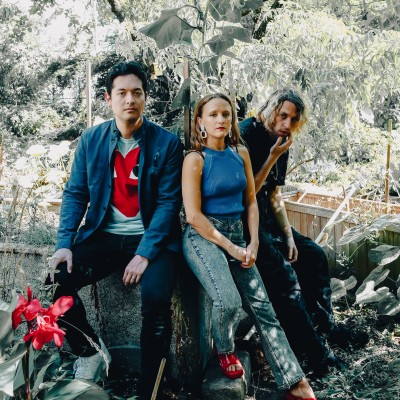 isomonstrosity is a pandemic symphony in rap and avant-pop. The project was assembled by three collaborators Ellen Reid, Johan Lenox, and Yuga Cohler. They solicited contributions from an array of contemporary classical composers, then overlaid features from an all-star cast of voices from contemporary rap and modern avant-pop.

The three principals’ credits are unassailable. Ellen Reid won the Pulitzer Prize for Music for her opera p r i s m in 2019, the year after Kendrick Lamar shone a new light on an award previously spoken about mostly in the jazz and classical worlds. Yuga Cohler has a dual career as a Juilliard-trained orchestra conductor and a well-established software engineer working for Google and Coinbase. Johan Lenox is an LA-based artist who studied composition at the Yale School of Music then built a subsequent career as a go-to producer for iconic pop performers, contributing to records by Travis Scott, Big Sean, Shawn Mendes, Teyana Taylor, Lil Nas X, Selena Gomez, and Cautious Clay. Most recently he was an integral part of 070 Shake’s You Can’t Kill Me album, also opening most of her North American tour dates with a pair of sets presenting his solo work and a block of classical composition.

isomonstrosity was inspired in part by the mood and the constraints of the Covid-19 quarantines of 2020-21, recorded separately in pieces, with every musician working in isolation. The goal was to make a vocal chamber music album using the same process as a contemporary rap album, assembling contributions from a wide array of artists then reorganizing them endlessly into a final work. They first commissioned excerpts from established new music composers—Bryce Dessner, Marcos Balter, Nina C Young, Wang Lu, Carlos Simon and themselves—which were then recorded one track at a time by International Contemporary Ensemble. Next, the featured vocalists recorded parts inspired by those excerpts. Finally all of the music was chopped up and restructured, layered and collaged into a final album.

A few artists, like Danny Brown, probably require little introduction no matter what part of our fragmented music landscape you pay most attention to. If some of the other names aren't familiar, they should be. 645AR and Tommy Genesis are experimental pop artists who regularly flout pop music’s unwritten rules. Zacari has been associated with the Top Dawg family, including multiple features on the Black Panther soundtrack. Empress Of, Vic Mensa and Kacy Hill are underground darlings who have each flirted with the mainstream: Kacy was initially signed to Kanye West's G.O.O.D. label and Vic is both a successful solo artist signed to Roc Nation and a frequent collaborator with his Chicago peer Chance the Rapper. Danny L Halre has become a go-to collaborator for experimental pop artists such as Caroline Elizabeth Polachek, Tkay Maidza, PC Music and Clairo.

We’ll say it again: isomonstrosity is a pandemic symphony in rap and avant-pop. We now live a world where “normal” feels like an artifact of a lost civilization. Lost to political and environmental disruptions. Lost to a world remaking itself after a period when globalization’s steady hum…stopped. isomonstrosity might just be the soundtrack to what comes after.

isomonstrosity is a pandemic symphony in rap and avant-pop. It was made during quarantine by Ellen Reid, Johan Lenox, and Yuga Cohler with the participation of a wide circle of collaborators.