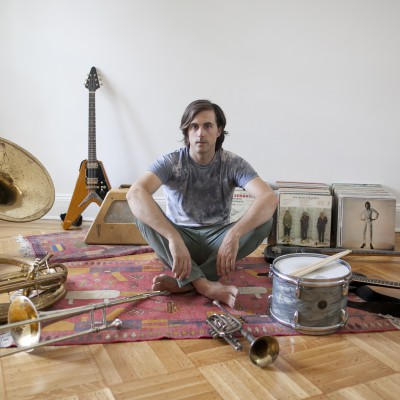 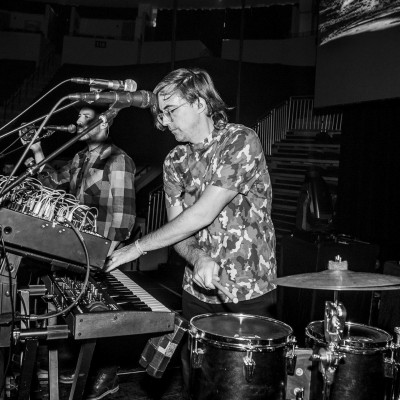 “As a listener, I admire and enjoy the farthest reaches of experimental and progressive music. But for the last decade or so I’ve made a living playing with some of today’s most canonical indie artists. Yet when putting my own ideas to tape, I find myself writing eccentric alternative rock songs,” says Benjamin Lanz while discussing the early products of LANZ, his new artistic moniker. “So there is a peculiar disconnect between my ‘day job,’ my musical interests, and my own creative output. Basically while I admire the force and freedom of artistic recluses, I’m an outward-looking guy by nature – so I just end up writing some really weird hooks!”

Before we fill in the details behind these thoughts, though, let’s first go back a ways, to high school in West Hartford, Connecticut USA where Ben taught himself bass & guitar by playing along to compact discs & dubbed cassettes from some of alt-rock’s early stars & underground icons— The Pixies and Polvo, Sebadoh and Sonic Youth. Later he would dig deeper into the roots of “alternative” music, discovering Sun Ra’s Atlantis and Frank Zappa’s “weird rock” and the tradition of droll, progressive Brits like Brian Eno, PiL and Syd Barrett. Basically,

Basically, he learned that feedback is super fun & it nearly got him kicked out of his high school’s music program. Ben recounts the time he and some pals introduced noise rock & aleatoric feedback into a school rehearsal: “I clearly remember seeing through the band room window the teacher, who had been out of the building, running down the grassy hill towards us with a look of horror on their face. In my innocence, I thought that maybe she was on a different mission than shutting us down, but a moment later, she nearly took down the door to the room we were in, screaming bloody murder. Good thing they needed me for the orchestra.”

Eventually he moving to New York state to attend collage at SUNY Purchase where he studied trombone, drums, electroacoustic sound collage and “a little tuba, though none of that’s on my diploma.” Ben’s music ‘career’ began in earnest when Sufjan Stevens wanted to add another horn player to his Illinoisemakers band for a gig New York City’s Symphony Space in the mid-00s. One thing led to another, and he was formally asked to join Sufjan’s touring behind his 2006 release The Avalanche. It was on that adventure where Ben first encountered Bryce Dessner, Shara Nova (aka My Brightest Diamond), and Annie Clark (aka St. Vincent), all of whom were also touring as part of Sufjan’s band. Through Bryce, he would go on to become a touring member of The National. And then, in 2009, he joined Beirut so he could completely avoid having free time.

In other words, a full-time job in indie rock was born.

Says Ben: “It’s pretty much been back and forth ever since, though really it’s all one big family. I’ll put it this way — the boundaries between all these projects in seem blurrier on the inside than they may to the outside world.” For example, brothers Scott & Bryan Devendorf — core members of The National — make up the other 2/3rds of Ben’s LNZNDRF project, the band with which he is probably most identified publicly. (In 2016, LNZNDRF put out both an LP and an EP on 4AD. Though Ben sang on the records, the instrumental vibe earned no small amount of acclaim from kraut-rock aficionados & post-rock fans.)

So, while not yet a household name on his own, Ben is already a key player in the independent music world & an integral member of some of your favorite bands. Which doesn’t mean the music of his LANZ project sounds anything like them.

“LANZ is the container that will house my own unique point-of-view,” says Ben. “I’ve had the great fortune to work with popular bands who's music and artistry I admire, but I still feel a need to scratch a nagging itch to make my own, non-collaborative songs.” LANZ is intended as a catch-all for these future endeavors — both song-based projects and more left-field experiments & future one-off encounters TBD.

In conclusion, Ben has this to say: “I have a crazy group of musician friends to bounce things off of. What’s interesting about my perspective is that I spend so much time working with this amazing group of musicians, even my solo work ends up being collaborative in a strange way.”