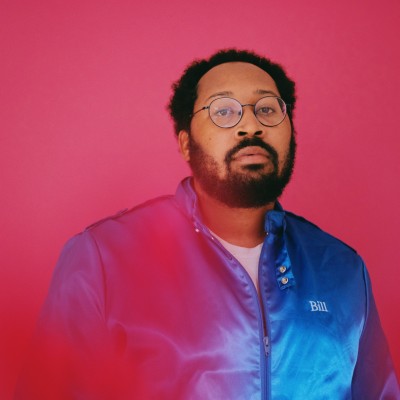 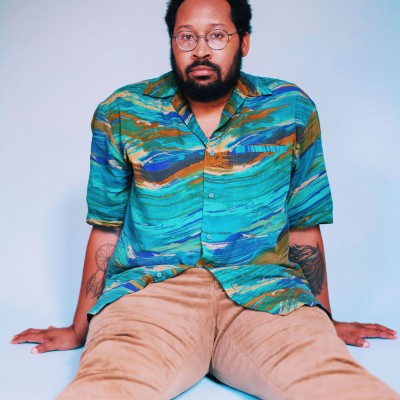 Bartees Strange’s mother was an opera singer. His dad served in the military for decades. He traveled widely for his parents jobs—born in Ipswich, England 1989, his family also did stints in Germany, Greenland, and a number of states across America before he hit his 12th birthday when they settled in Mustang, Oklahoma.

Though Bartees’s mother shepherded him through formal musical training in voice, as a teenager he and his friends fixated on the blooming hardcore and emo scene of the Midwest and Deep South, drawing inspiration from band such as At the Drive In, Norma Jean, MeWithoutYou, Cap n Jazz, Bright Eyes, and American Football. Around this time Bartees started playing guitar.

In true DIY/punk fashion, this consumption turned into production. In middle school, Bartees began producing music for friends with a small project studio he built out of a Tascam 388, the family computer and a pirated copy of FL Studio. Through AOL instant messenger, Bartees connected with old friends in the UK, who brought him up to speed on a new world of sonic influence led by Bloc Party, Burial, Robyn and Skream. College, and a half-decade stint in Brooklyn connected him with the rising indie scene—particularly favorites like Bon Iver, TV on The Radio, Frank Ocean, James Blake, King Krule, Japanese Breakfast, Mt. Kimbie, Mitski, Thao Nguyen and The National, giving him a crash course in lyrical intrigue and textural brilliance.

Say Goodbye to Pretty Boy is a summary of his influences and the first commercial release by an artist who we truly think can go on to become a cultural influencer in his own right. Bartees resides in Washington, DC—where he makes music and works at a non-profit fighting against climate change and poverty.