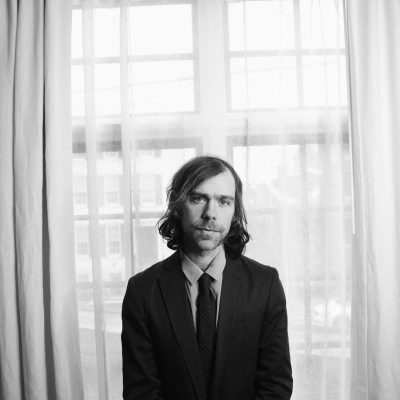 "[Dessner] knows how to make things sound good, and there's plenty of richness and depth to these songs." - Pitchfork

Aaron Dessner is a New York based songwriter/multi-instrumentalist/producer, best known as a member of the Grammy Award-nominated rock band The National. Their albums Alligator (2005), Boxer (2007) and High Violet (2010) were named among albums of the decade in publications throughout the world. Their most recent release, Trouble Will Find Me (2013), debuted at #3 on both the US Billboard Chart and the UK Albums Chart. Dessner has also made a name for himself as an influential producer, working with some of the most talented and respected musicians in the rock world.

Most recently, Aaron produced the upcoming Frightened Rabbit album Painting Of A Panic Attack, which comes out April 9, 2016 on Atlantic Records, and worked as an associate producer on Mumford & Sons' 2015 album, Wilder Mind. He also recently produced This Is The Kit's Bashed Out (2015) which received rave reviews and was hailed by many as the band's break-through album. It was named BBC 6's 2015 Album of the Year. Other recent production credits include The Lone Bellow's Then Came the Morning (2015); and Australian band Luluc's album Passerby (2014), which was featured on many best album of the year lists.

In 2013, Aaron produced Local Natives' second full-length album Hummingbird. Local Natives first met Aaron while on tour with The National and though they were hesitant to work with a producer at all, Local Natives ultimately felt that Aaron could be a big help in shaping their album, so they decamped to his Brooklyn studio. As Local Natives singer/guitarist Taylor Rice tells it, "Aaron helped capture some magical moments on this album. He really pushed us." The band's sophomore album received rave reviews and Dessner's distinctive touch as a producer won the attention of many.

Aaron also worked with Brooklyn-based singer/songwriter Sharon Van Etten on her album Tramp (2012). Sharon and Aaron spent over fourteen months working in his studio and the end result was one of Sharon?s most acclaimed release yet. On her experience working with Aaron, Sharon remarked "he really understood my songs and the potential as to where they could go -- he helped me feel comfortable taking chances."

Other production credits include Doveman's 2009 album The Conformist and the Red Hot Organization's AIDS charity compilation Dark Was The Night (2009), on which Aaron collaborated with his brother and bandmate Bryce. The record features exclusive recordings and collaborations from a long list of artists including David Byrne, Arcade Fire, Sufjan Stevens, Sharon Jones, Cat Power, Grizzly Bear, My Morning Jacket and Spoon. Dark was the Night has raised over 2 million dollars for AIDS charities.

Aaron is currently working with Lisa Hannigan on her next album and recently announced Day of the Dead, the follow-up to Dark Was the Night, which will be released on May 20, 2016. A charity tribute album to the Grateful Dead, Day of the Dead was created, curated and produced by Aaron and Bryce. The compilation is a wide-ranging tribute to the songwriting and experimentalism of the Dead which took four years to record, features over 60 artists from varied musical backgrounds, 59 tracks and is almost 6 hours long. All profits will help fight for AIDS/ HIV and related health issues around the world through the Red Hot Organization.

Aside from his work as a producer, Aaron co-founded and curated the Eaux Claires Music & Arts Festival, which took place July 2015 in Wisconsin, and Crossing Brooklyn Ferry, which took place at the Brooklyn Academy of Music in 2012 and 2013. He is also a co-curator of the bi-annual Boston Calling Music Festival.