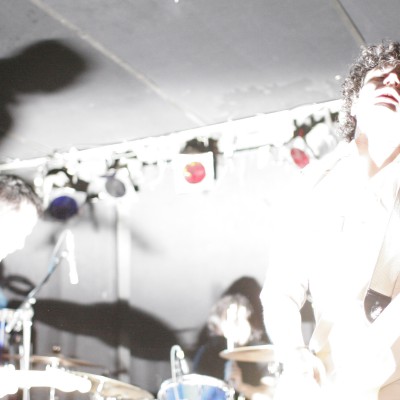 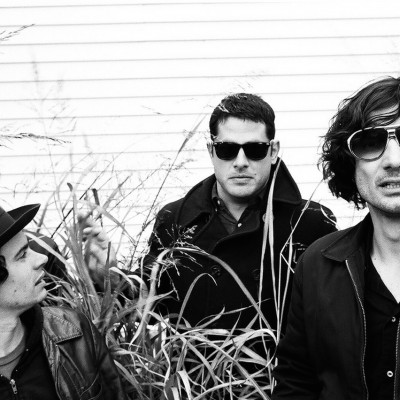 March 21, 2008 - New Pela Dates Announced
As previously reported, Pela was forced to cancel the remainder of their tour following singer/guita...

March 21, 2008 - New Pela Dates Announced
As previously reported, Pela was forced to cancel the remainder of their tour following singer/guita...

Pela's frontman Billy McCarthy was born and raised in Santa Cruz, California and dropped out of high school at age 16, after which he played in failed bands up and down the west coast, later moving overseas to Europe to make a living as a subway busker. He worked in ten countries, most of which would have him only long enough to pay for one-way tickets to the next city. (During this tour of duty he attempted to play a restaurant in Italy dressed as a pirate; had his front teeth knocked out in a fist fight; and lost the tip of his index finger somewhere along of the way.)

Eric Sanderson (bass) and Nate Martinez (guitars) are from New York. They went to the same school upstate, and have been playing music together for almost 10 years. Eric first encountered Billy while the latter man was busking at a Brooklyn subway stop. Eric was impressed by what he heard. The last member of this merry band, drummer Tomislav Zovich, joined up in 2003. Tom's from New Jersey via Croatia and received his musical education playing weddings with his dad.

When they crafted the All in Time EP, all four members of Pela lived in the not-so-fashionable waterfront neighborhood of Red Hook -- the setting of Hubert Selby Jr.'s Last Exit to Brooklyn, and home to many artists, dock workers, cranes, and shipping containers. The sketchy romanticism of the neighborhood was but one of the inspirations for these desperate songs about addiction, isolation, hope, murder, sex, and Mexico. In spite of the dark subject matter the songs are quite catchy and have led one writer to opine that "Pela's music recalls what might happen if Modest Mouse hitched a ride on U2's wide-horizon rock'n'roll tour bus."

Brassland discovered the group thanks to a budding friendship between Pela and The National. Pela's guitarist, Nate, occasionally served as a fill-in member of our flagship group while Bryce Dessner toured with Clogs; The National's drummer, Bryan Devendorf, later returned the favor, contributing drums on one song of Pela's sole Brassland release.