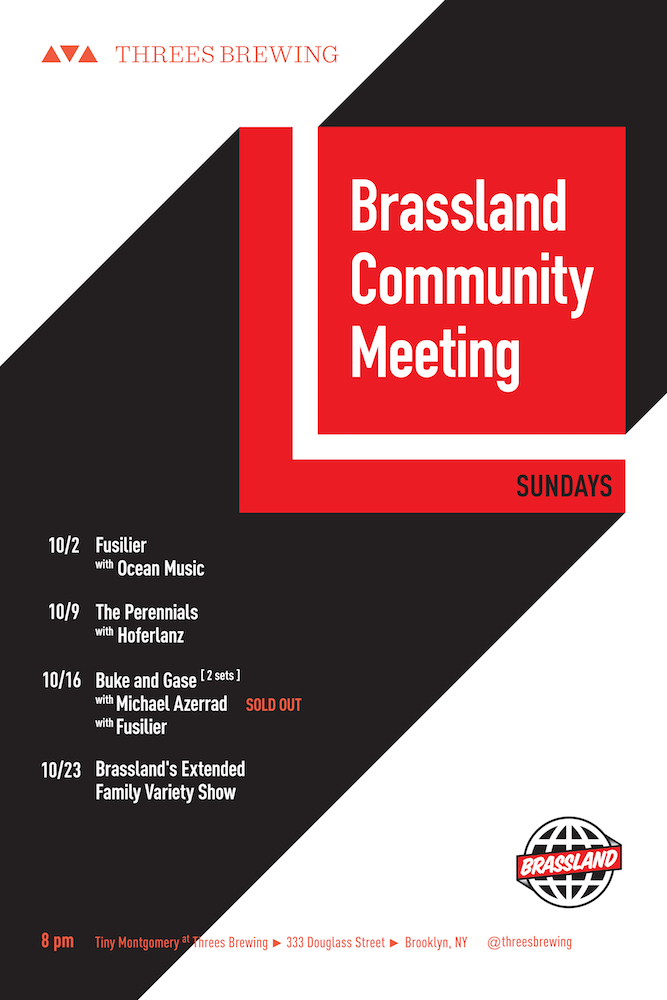 We quietly celebrated our 15th year of operation with this residency in Gowanus, Brooklyn to celebrate a new wave of artists recently signed to the label. It took place at Tiny Montgomery, a new 'listening room' from our friends at Threes Brewing. Participants included:

The variety show finale featured appearances by members of all these projects—and an opening performance from one of Arone Dyer's #dronechoirs running as a procession from Threes' main room into the Tiny Montgomery space.

The run was intended less a music festival than a kind of "community meeting"—an opportunity for the label's current artists to get to know one another and develop their respective aesthetics. If mom'n'pop record stores are a thing of the past, perhaps mom'n'pop record labels are a thing of the future? This series of shows celebrated the fact that Brassland has approached the record business less as a global mega-corp and more like an artisanal cheese producer in the French countryside; an old school art gallery from the 1960s that knew all their clients by name; or a classic jazz label documenting not so much individual stars as an entire community of talented friends.

PICTURED BELOW (clockwise from upper left): Buke and Gase; The Perennials; Fusilier; and LANZ 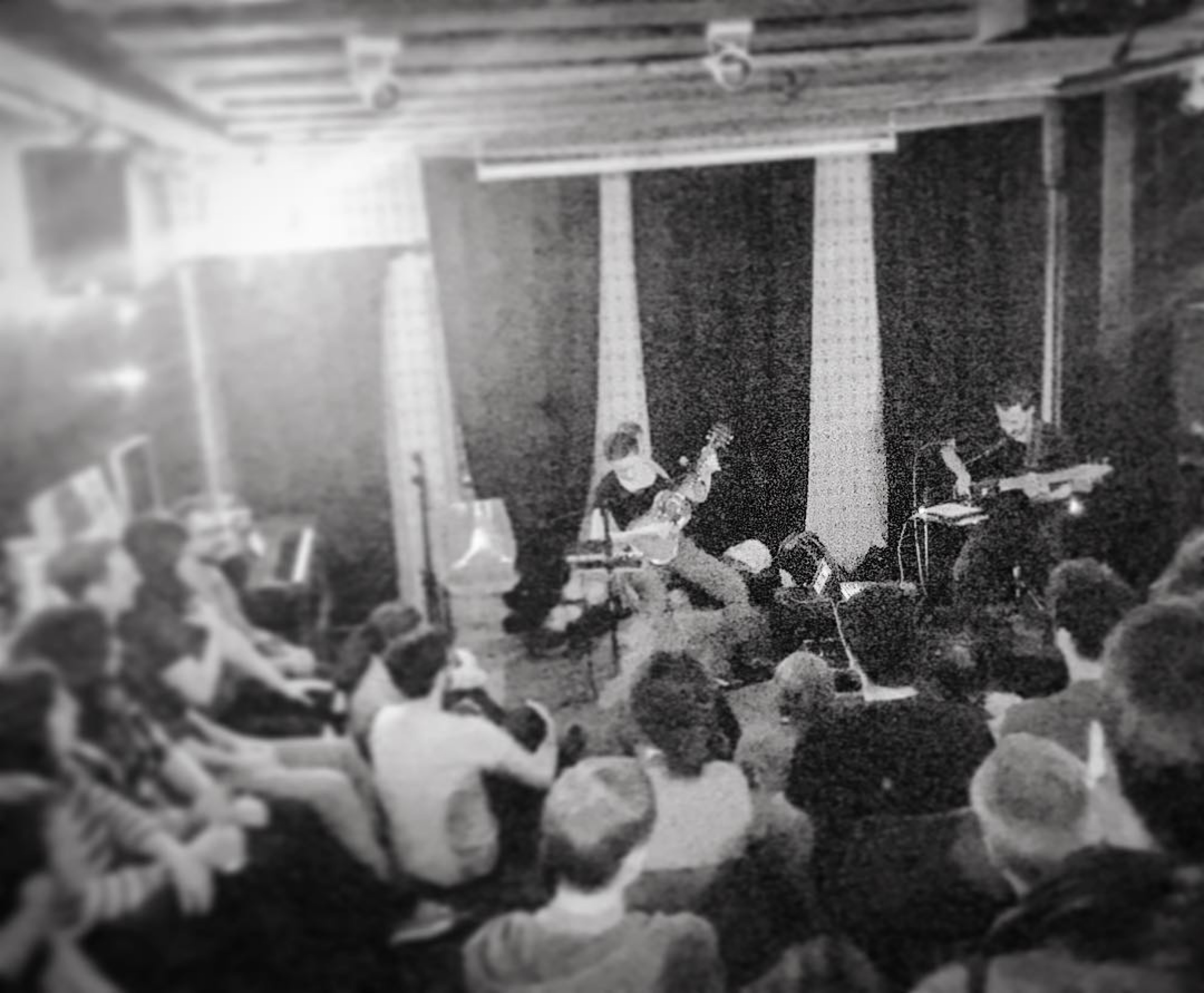 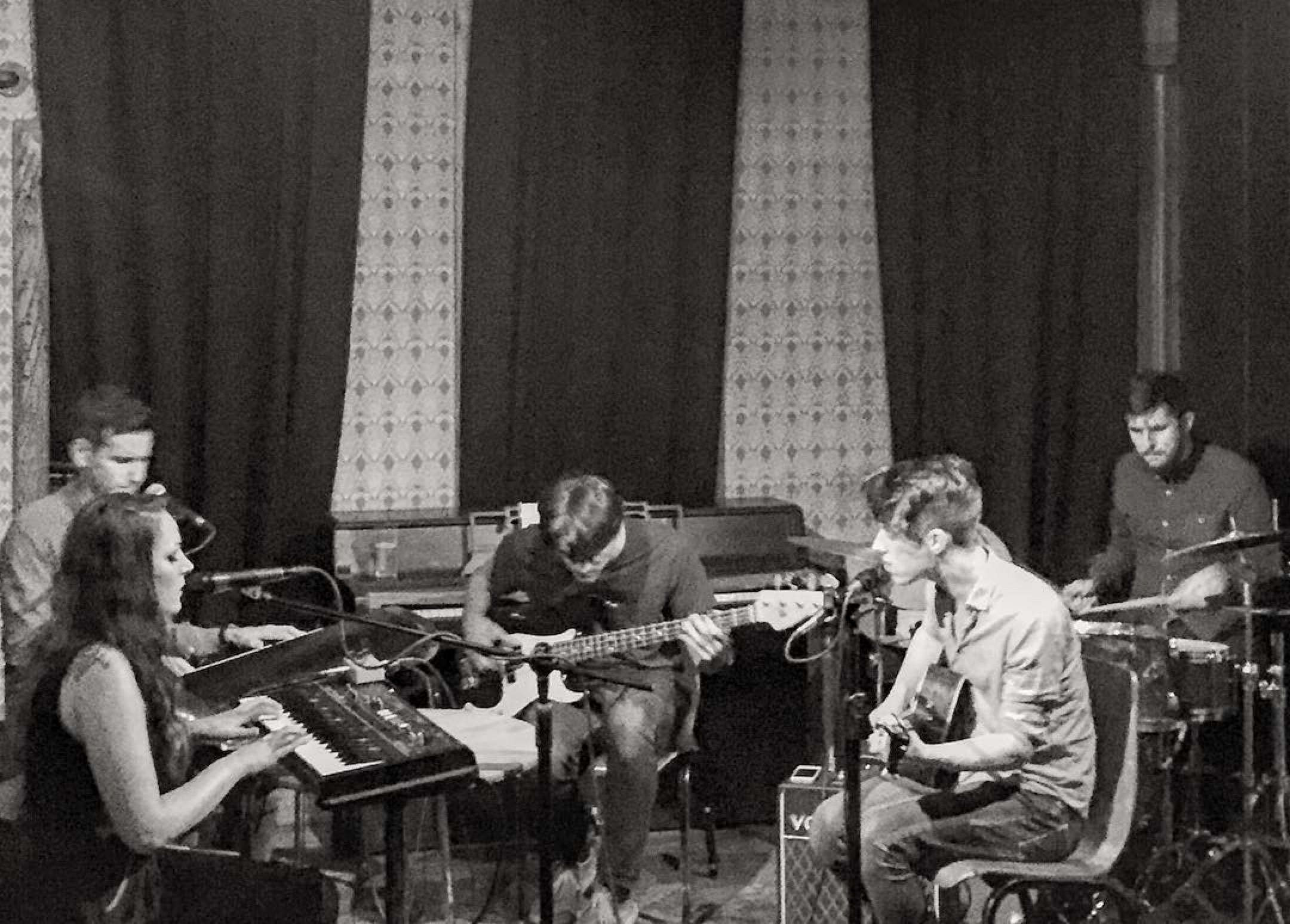