ABOVE: the podcast about the label commissioned for the festival.
BELOW: Buke and Gase live on Other Voices.

Our two day run of performances at the National Concert Hall of Ireland helped launch NCH’s new flagship series, Perspectives, a genre agnostic attempt to redefine what “serious” art music could be. It began as a dialogue with the NCH’s new artistic director Gary Sheehan. We had been in touch since the early 00’s when he was a show promoter in Cork, Ireland interested in the cross-genre explorations of our earliest signings, Clogs and Erik Friedlander. He continued following the label as The National’s popularity in Ireland exploded. After Brassland signed Irish-American supergroup The Gloaming earlier in the year, Sheehan decided a mini-festival focusing on the label could make a real splash and mark a fresh start for the venue under his leadership.

A decade of conversation grew into what we consider our most successful live collaboration to date. In addition to the performances at NCH, the institution commissioned a two part podcast on the label; the Irish Times ran culture section cover stories on both Alec Hanley Bemis and Thomas Bartlett; and both This Is Kit and Buke and Gase mounted short Irish tours, including an appearance on revered music TV show Other Voices for the latter.

Our Saturday line-up included a marathon of individually ticketed daytime shows at NCH’s new venue-within-a-venue, their repurposed Engineering Library:
The sold out Sunday evening show was the European debut of Thomas “Doveman” Bartlett’s Burgundy Station Sessions and featured a who’s who of Irish song as well as Bartlett’s longtime associate Sam Amidon and recent production project Anna Calvi:
Sheehan had decided Brassland was the perfect lens for his new Perspectives series. We determined that the sweet spot for a redefinition of art music was the place where folk, classical and alternative rock traditions met, a place not bogged down in either classical music conventions or folksy informality.
The common thread was musicians who, on the surface, seem to be do one thing really well but, in fact, are equally accomplished in an entirely different musical framework. i.e. A rock guitarist who writes composed music for chamber ensembles (The National's Bryce Dessner); or alternative rock & folk groups whose music sounds unusually well-composed (Buke and Gase, This is the Kit). The two concerts we planned for the main stage involved similar talents, but treated 20th century vernacular song with the respect and attention usually reserved for 18th century German men in powdered wigs. In a roundabout way, we were trying demonstrate that the song traditions of America, Ireland and Scotland deserve just as much respect as anything in the history of European composition.

The original Saturday line-up also included the European debut of Sounds of the South, a modernized take on the songs collected by American folklorist Alan Lomax. This installment was to feature Justin Vernon (Bon Iver), Frazey Ford and Matthew E. White alongside members of Megafaun and Fight the Big Bull. Unfortunately, the performance involved so many moving parts, a few of the artists cancelled with regrets a few months before the festival, and we pulled the plug on that evening’s program. (We were sad about but all’s well that ends well: This single performance was replaced by three sold out screenings of Disney’s Frozen with live musical accompaniment. It was not a Brassland presentation, but it made some children very happy, if we can gauge by the packed stroller parking lot.)

The Perspectives series continues at the NCH and has since become the centerpiece of their annual programming calendar, featuring a who’s who of art music stars such as Laurie Anderson, Damon Albarn, Chris Thile and Pharoah Sanders.

PICTURED BELOW: Thomas "Doveman" Bartlett's Burgundy Stain session; performance photos of Buke and Gase, This Is The Kit, and Crash Ensemble's Bryce Dessner program; Bemis on the cover of the Irish Times; and a selection of flyers for other events our roster performed throughout Ireland 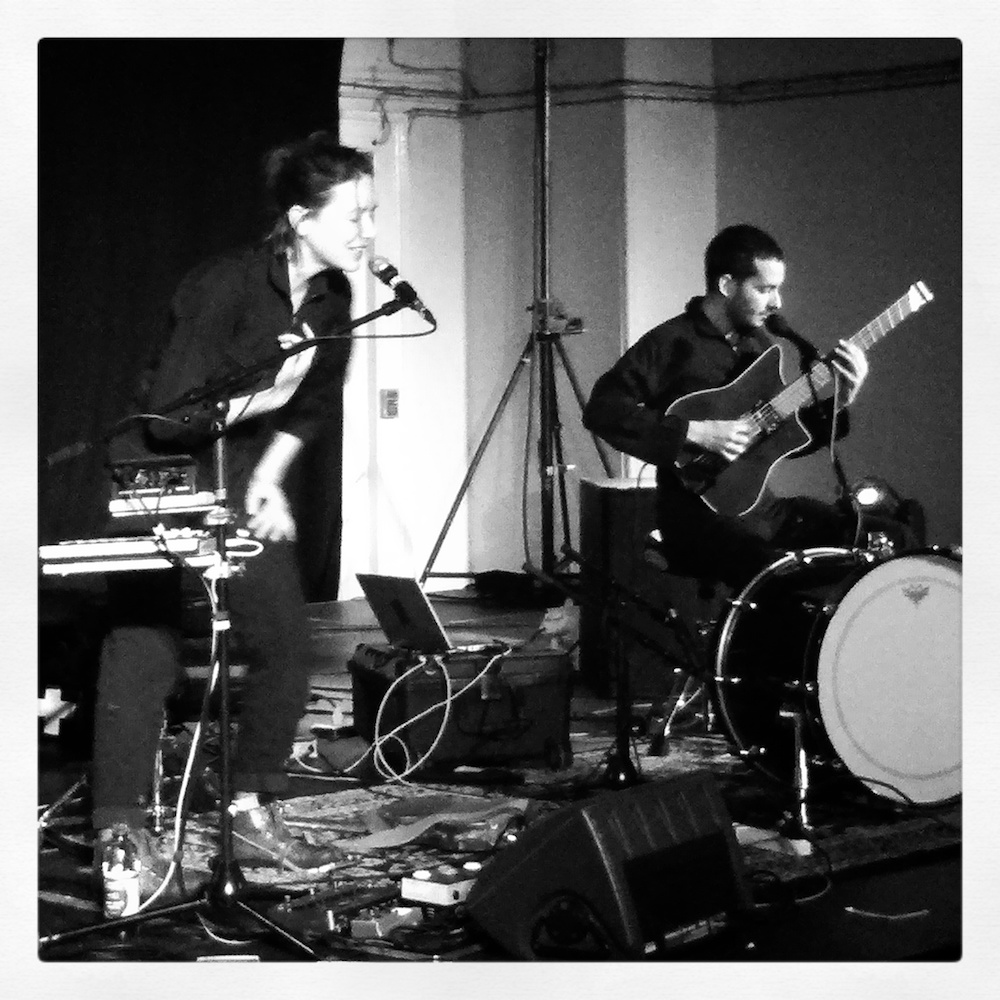 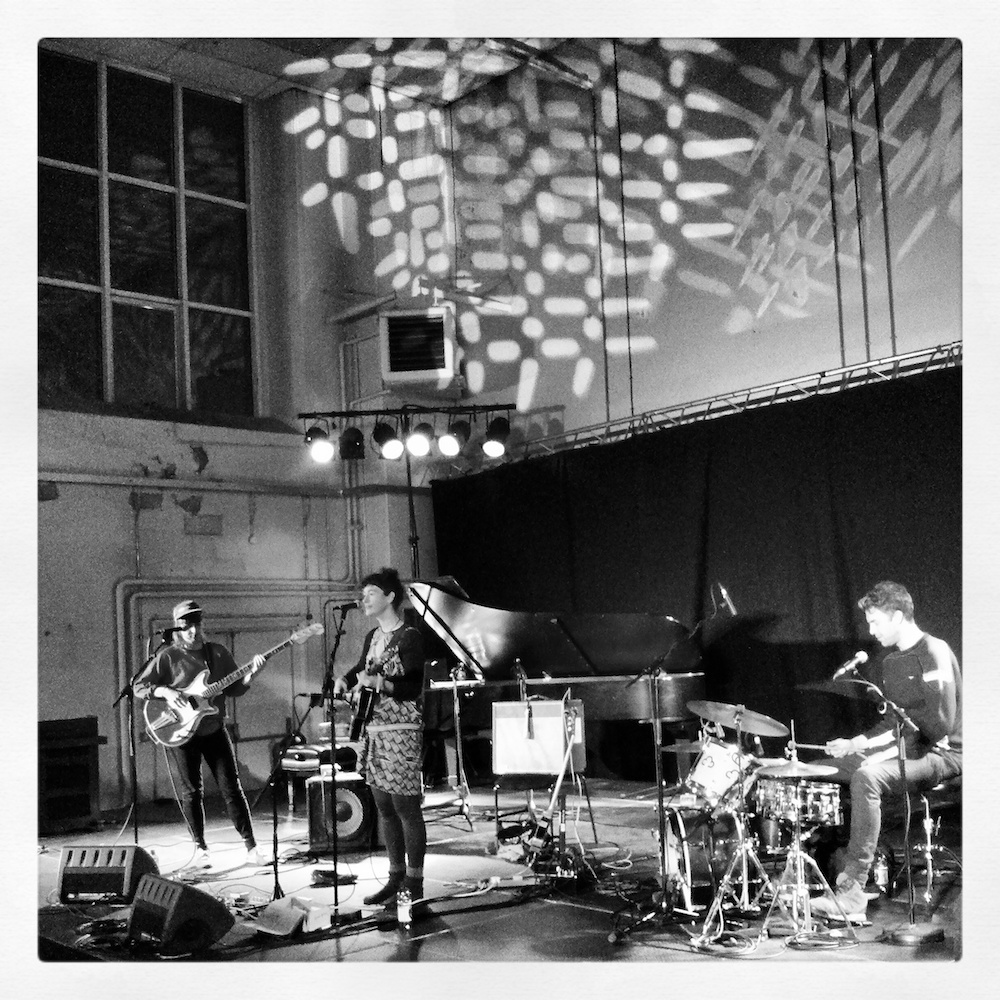 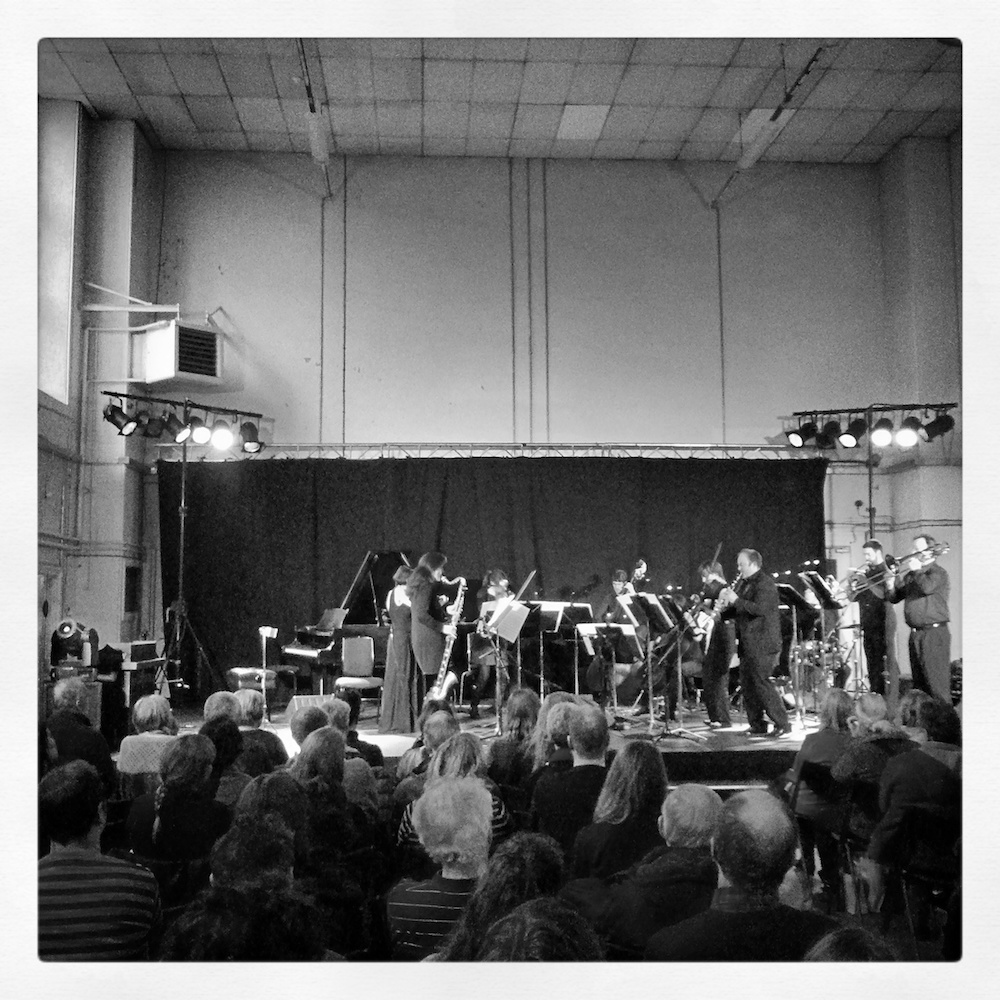 The National Concert Hall and New York Label Brassland have collaborated to curate a weekend of music entitled Brassland@NCH on 13 and 14 December 2014 showcasing some the label’s biggest artists and like-minded friends. The unique weekend, the final in the National Concert Hall’s flagship series ‘Perspectives 2014’, is hotly tipped to be one of the most anticipated musical events of the year.

The Brassland label which has been described as the ‘centre of New York’s other music scene’ by The Guardian was started in 2001 by Alec Hanley Bemis and twin brothers/musicians Aaron Dessner and Bryce Dessner, both best-known for their work with The National. The music associated with the Brassland label comes from a place where folk, classical and alternative rock traditions combine in a kind of alchemical reaction; the musicians associated with it are drawn from an extended family of friends and collaborators connected to the American rock band, The National.

Brassland@NCH comprising of 5 unique events, will be anchored by two main evening concerts the first of which features Sounds of the South with Megafaun (from North Carolina), Virginia Jazz Collective Fight the Big Bull and Frazey Ford (lead singer with The Be Good Tanyas) on 13 December at 8pm. Sounds of the South presents hymns, blues and folk ballads captured by Alan Lomax in 1959 during a two month trip through Virginia, the Mississippi Delta and the Georgia Sea Islands.

On Sunday 14 at 8pm, Doveman (aka pianist/producer Thomas Bartlett) presents his Burgundy Stain Sessions which began in 2011 as a monthly salon at (le) Poisson Rouge in Manhattan’s West Village. For his concert in Ireland - the second edition of this event staged outside of New York - Doveman will be joined by the who’s-who of folk inspired Irish musicians including Glen Hansard (of The Frames, Once, The Swell Season), Paul Noonan (Bell X1 ), Lisa O’Neill and Sam Amidon.

Other concerts taking place that weekend include: The Crash Ensemble performing the music of Bryce Dessner, composer, guitarist and curator and founding member of the Brassland label, at 3pm on Saturday 13 December. At 4.30pm UK singer and instrumentalist Kate Stables will be joined by a host of musicians for her project This is Kit and later that evening at 6.30pm Brooklyn-based musical duo Buke & Gase will wow audiences with their use of handmade instruments such as the "toe-bourine;" the "buke," a six-string former-baritone ukulele; and the "gase," a guitar-bass hybrid.

Brassland@NCH is the final concert of the National Concert Hall’s Perspectives Series 2014 which is supported by the Irish Independent and Today FM. 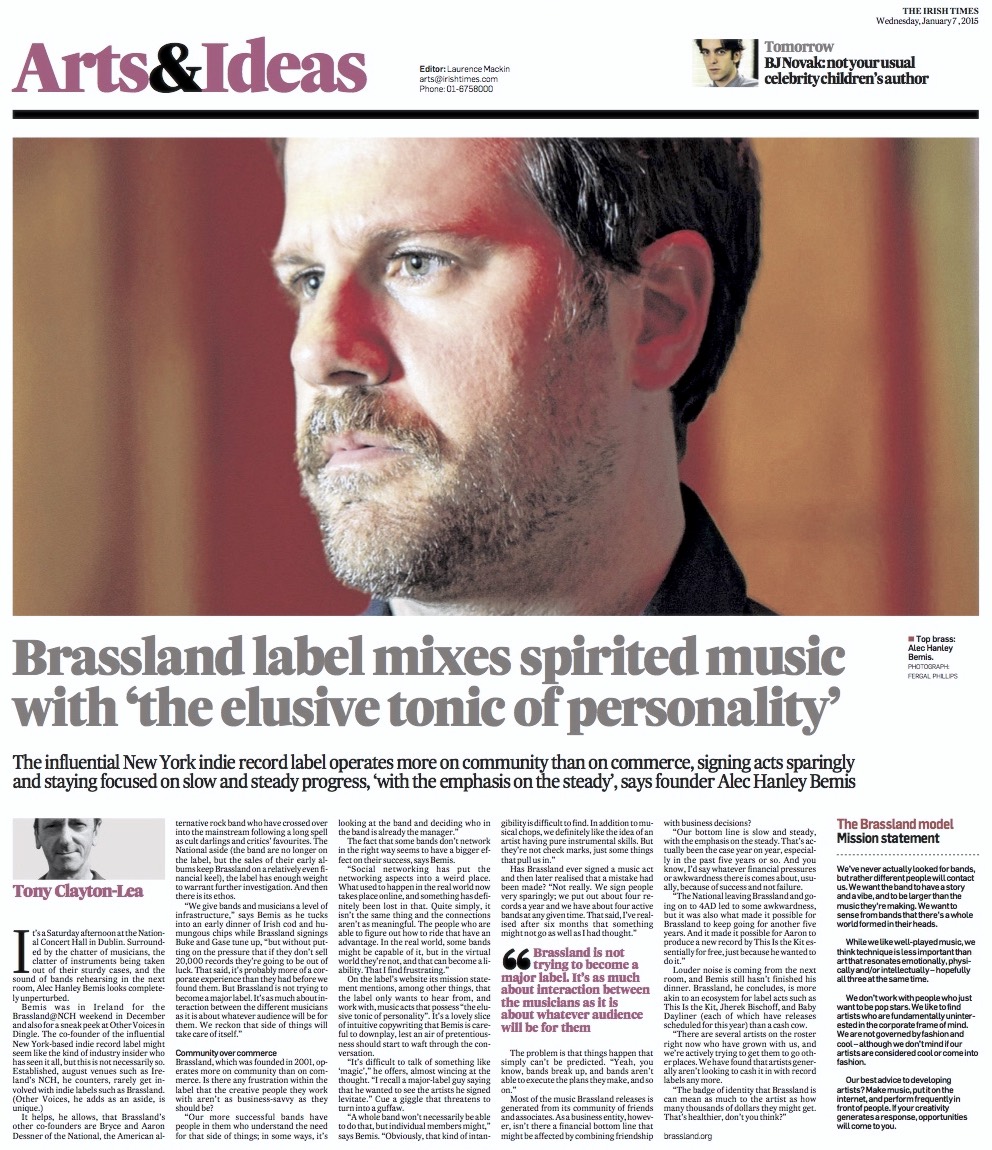