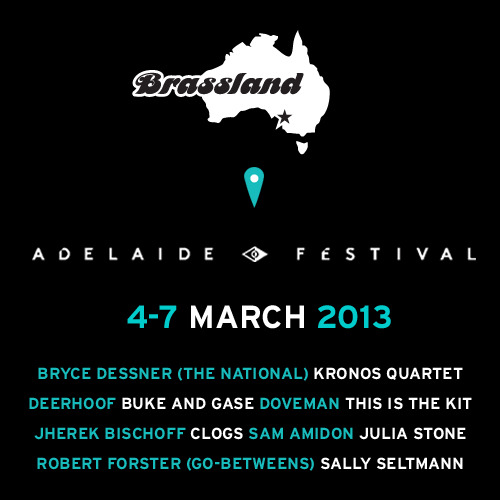 Our Adelaide Festival series is the most ambitious label event to date and came at the invitation of artistic director David Sefton, early in his 5 year tenure at the festival. A half-dozen artists on Brassland's roster along with a handful of our peers, mentors and friends. Participants included:
The set of programs were an outgrowth of a long-running conversation between Sefton and Alec Hanley Bemis, co-founder of Brassland at a moment when the lines between composed music, art-rock, and the indie scene were blurring in a productive and artistically fecund manner. The boundary-crossing concerts we curated held sympathetic and artistic ties to Les Nuits de Fourvières’ Nuit Brooklyn concerts in France (2010); the Crossing Brooklyn Ferry events curated by Bryce and Aaron Dessner for the Brooklyn Academy of Music (2012-13); and the LA Philharmonic’s then-upcoming Brooklyn Festival (2013).

PICTURED BELOW: Thomas "Doveman" Bartlett; Jherek Bischoff with Kronos Quartet; flyer for Buke and Gase's Australian tour in association with Billions; Buke and Gase; the Bryce Dessner curated evening featuring Clogs; a page from the score for Padma Newsome's "Stick Music" piece for Clogs, including extensive notion on extended techniques used in performance; and Deerhoof alongside the Adelaide Art Orchestra 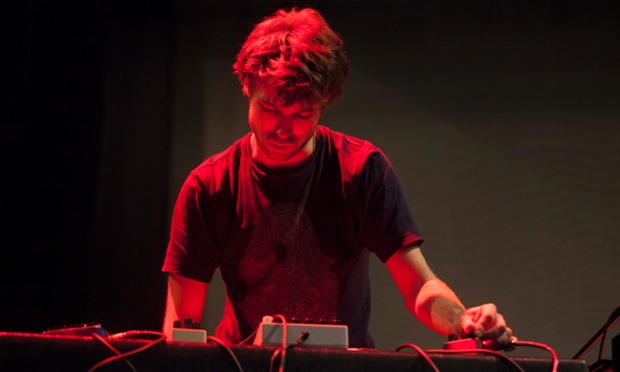 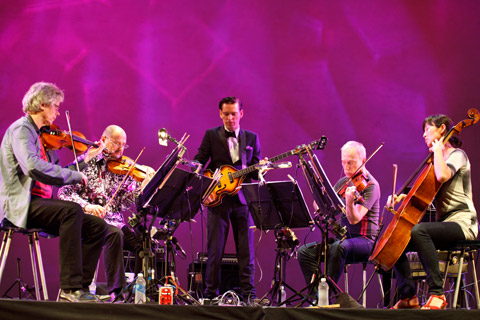 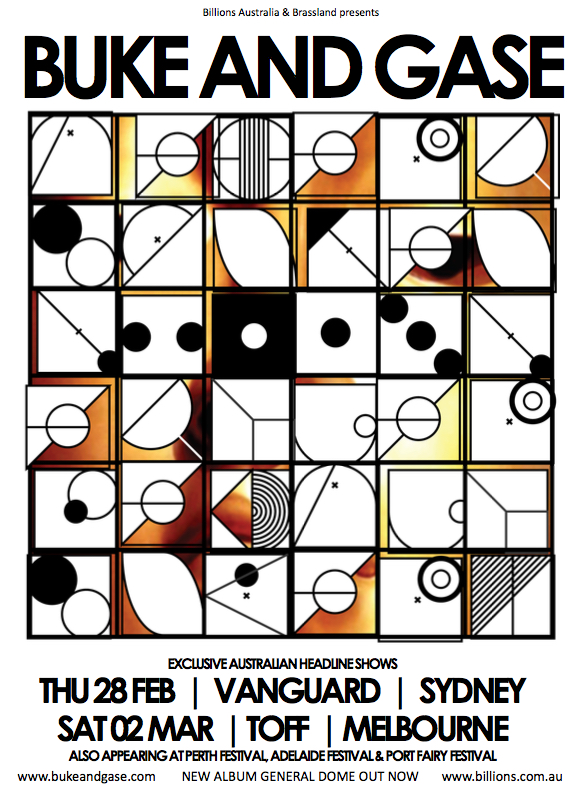 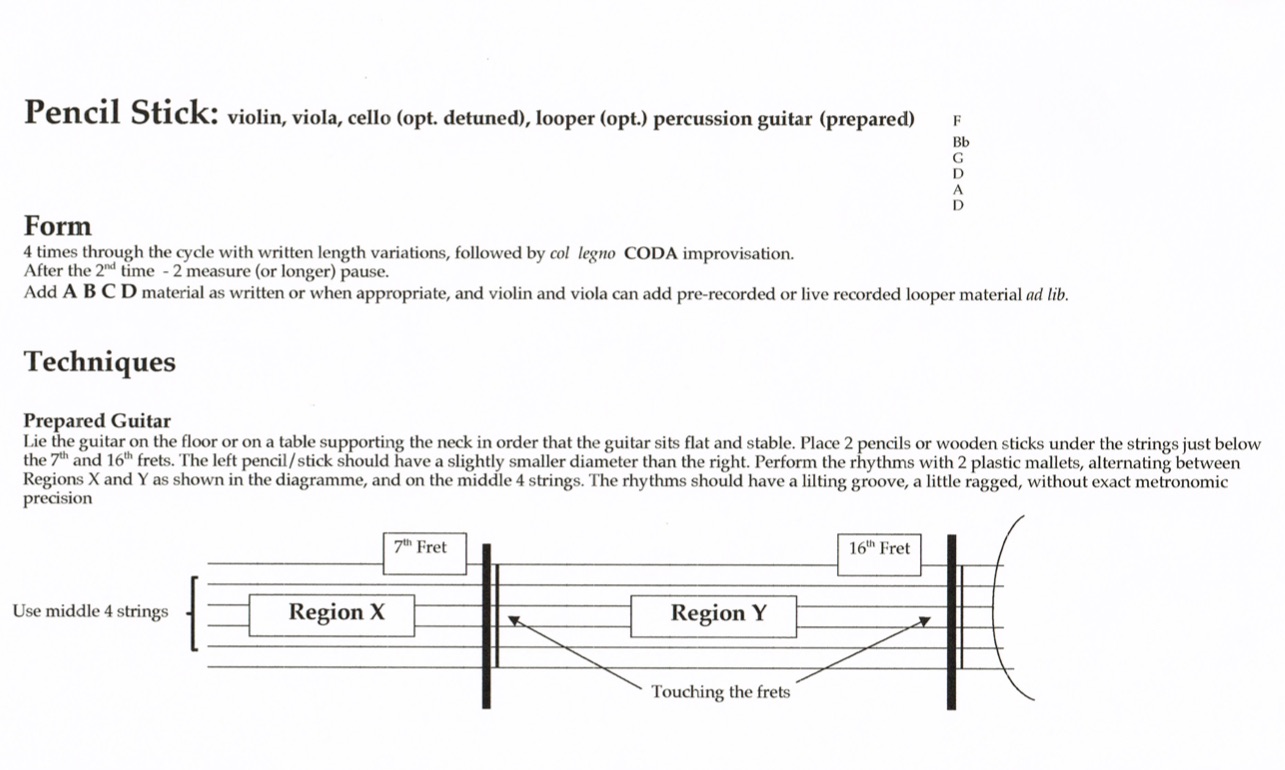 ORIGINAL PRESS RELEASE
A half-dozen artists signed to eclectic New York label Brassland will touch down in Australia during the first week of March, under the aegis of the world-renowned Adelaide Festival. Bryce Dessner (The National) and New York-based Buke and Gase and Doveman will join recent signings Jherek Bischoff (Seattle WA) and This is the Kit (Paris via Brighton, England) for a series of highly collaborative concerts. Core label artist Clogs will reassemble their original line-up for the first time in two years to tackle new work and selections from their rarely performed 2004 album STICK MUSIC.

Joining the line-up is a curated selection of friends, peers, and mentors to the Brassland stable. On March 4th Kronos Quartet will perform a set mostly comprised of pieces written by Bryce Dessner with additional contributions from JG Thirwells Manorexia and Zephyr Quartet. On March 5th, Thomas Bartlett aka Doveman will debut his Burgundy Stain sessions outside of New York City for the first time, inviting esteemed Australian songwriters Robert Forster (The Go-Betweens), Sally Seltmann (co-writer of Feist's hit "1-2-3-4") and Julia Stone, whose 2012 solo album BY THE HORNS he produced  along with opening sets by This is the Kit and Bartlett’s most regular collaborator Sam Amidon.

In a pair of shows also featuring the Adelaide Art Orchestra, the band Deerhoof will headline March 6th with special guests Jherek Bischoff and Buke and Gase, including two new songs Deerhoof drummer Greg Saunier has composed for orchestra and the band's singer Satomi Matsuzaki. Finally on March 7th under the direction of conductor Tim Sexton, the orchestra will play a set curated by Bryce Dessner, including pieces by Dessner himself, Sufjan Stevens, Clogs' Padma Newsome, and Bang on a Can co-founder and Pulitzer Prize winner David Lang. The show will open with the rare performance by Clogs’ original line-up. The group will celebrate the release of a new EP, THE SUNDOWN SONG, which focuses on Newsome’s relationship with his home in Mallacoota, one of the most isolated towns in the Australian state of Victoria.

The shows are an outgrowth of a long-running conversation between David Sefton, Artistic Director of Adelaide Festival, and Alec Hanley Bemis, co-founder of Brassland. The label that The Guardian has called "a focus for some of the city's most intriguing creative musicians" blurs the lines between the composed music, art-rock, and indie scenes. 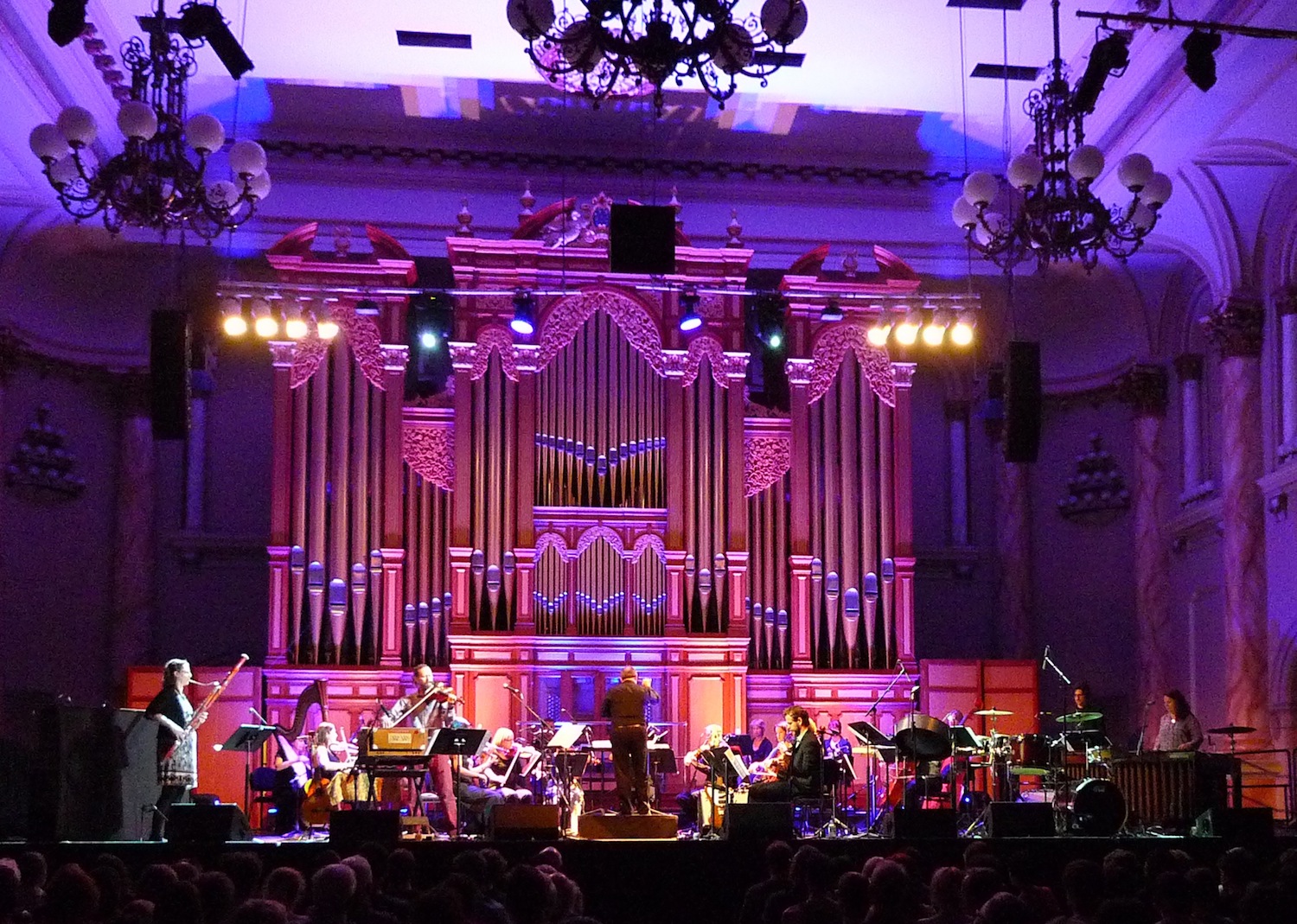 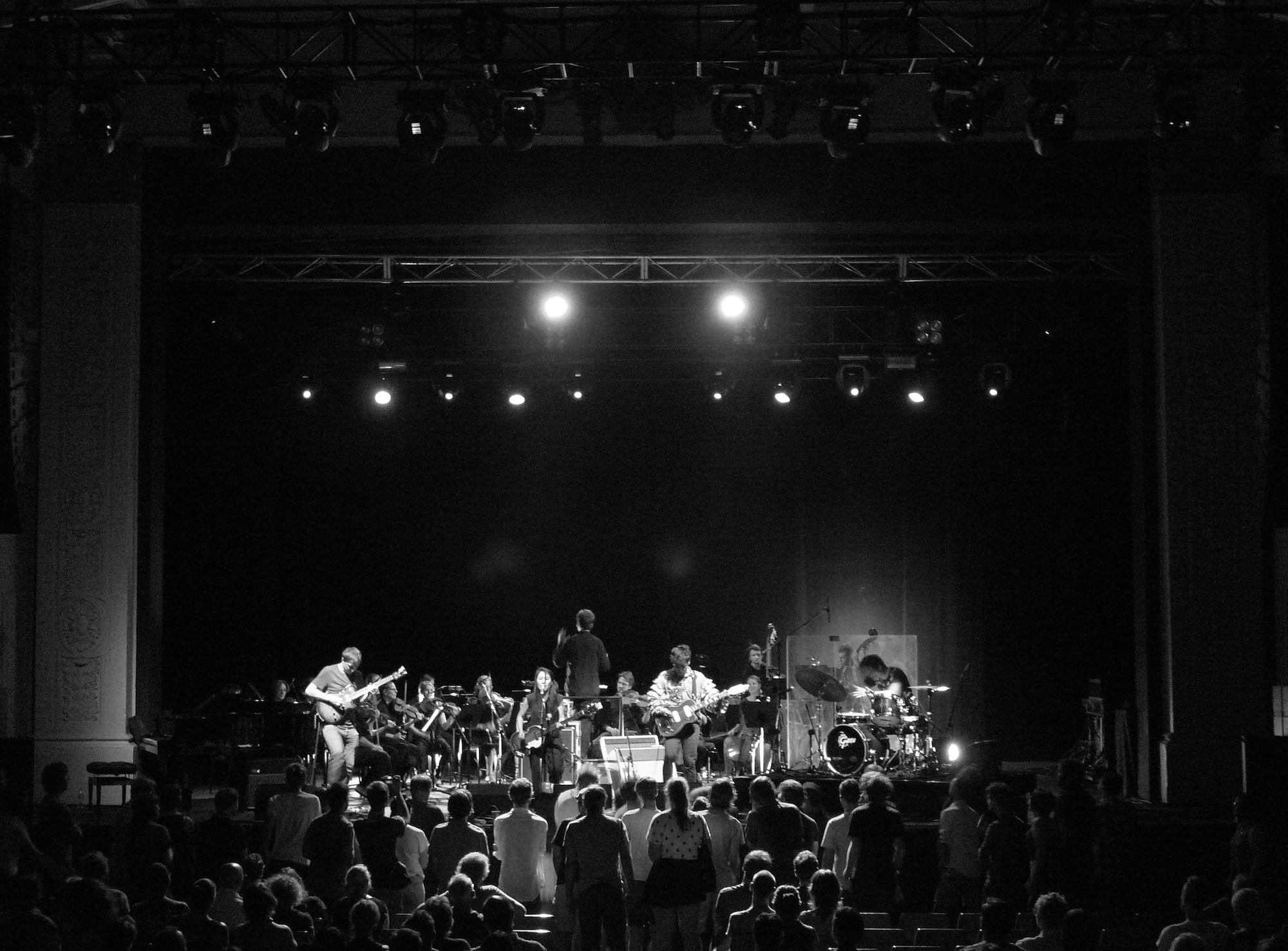