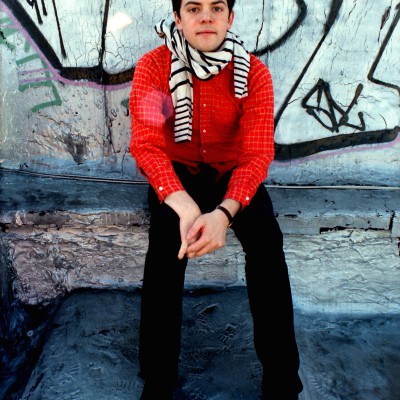 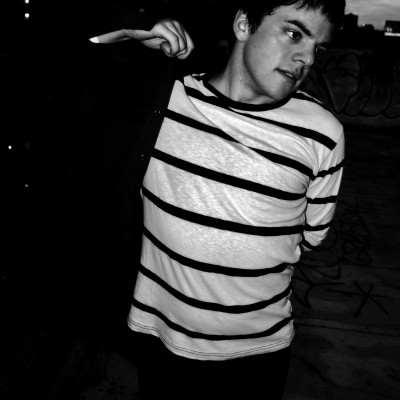 Nico Muhly was born in Vermont in 1981 and raised in Providence, Rhode Island. He graduated from Columbia University in 2003 with a degree in English Literature and received a Masters in Music from the Julliard School one year later.

Since receiving his degrees, he has amassed a string of commissions, collaborations, and premieres that would be notable for a composer twice his age. He has written orchestral pieces for the Boston Pops, the Chicago Symphony MusicNOW, the American Symphony Orchestra, the Julliard Orchestra, the Boston University Tanglewood Institute Orchestra, and the American Ballet Theatre (for choreographer Benjamin Millepied). His works have been premiered on the BBC and at New York's St. Thomas Church, Carnegie Hall, the Whitney Museum and the New York Public Library - the latter, a special collaboration with designer/illustrator Maira Kalman in honor of her illustrated edition of The Elements of Style. Finally, Muhly has worked extensively with Philip Glass as editor, keyboardist, and conductor for numerous film and stage projects, and contributed to projects by a striking constellation of pop figures, among them Rufus Wainwright, Antony (of Antony and the Johnsons), Bj?rk, Teitur, Will Oldham, and The National.

These many personal connections highlight one of the more important aspects of Muhly's musical life - in a word, community. The cast of characters who appear on Mothertongue include his closest collaborators - violist Nadia Sirota, folk singer Sam Amidon and, last but not least, Icelandic producer Valgeir Sigur?sson. Sigur?sson's and Muhly's view on musical relationships was, in part, the inspiration for Bedroom Community, the label Sigur?sson founded and which created both Mothertongue and its predecessor, Speaks Volumes, Muhly's 2006 debut.

Brassland, the licensee for the North American release of Mothertongue, is proud to welcome Nico to its own extended family.

When Muhly composes, the last thing he thinks about is the actual notes that musicians will play. He begins with books and documents, YouTube videos and illuminated manuscripts. He meditates on this material, digesting its ironies and appreciating its aesthetics. Meanwhile, he devises an emotional scheme for the piece - the journey on which he intends to lead his listener. Muhly believes that some composers of new music rely too heavily on program notes to give their work a coherence that it might lack in the actual listening. "This stupid conceptual stuff where it's, like, 'I was really inspired by, like, Morse Code and the AIDS crisis,' " he says. Even so, his own work is informed by his extra-musical interests and obsessions. "Wonders," a track on "Mothertongue," includes the ethereal voice of Helgi Hrafn J?nsson, an Icelandic performer, singing fragments in English from "The Travels of Sir John Mandeville"; a sonnet about sea monsters, composed by King James I; and a 1619 complaint against Thomas Weelkes, the composer and organist at Chichester Cathedral, for his repeated drunkenness. "The Only Tune," also on "Mothertongue," is another Muhly collage - a dismantled traditional English song about a violent sororicide, delivered with affecting flatness by an American folk singer named Sam Amidon, to the accompaniment, variously, of a sampled Farfisa organ similar to that used by Philip Glass in "Music in Twelve Parts," a pair of butcher's knives scraping against each other, a recording of whistling Icelandic wind, and the sound of raw whale flesh slopping around a bowl...

Muhly points out that "Mothertongue," the new recording, is...filled with jittery, anxious repetitions and jarring chords that are intended to suggest the nauseating atmosphere of international jet lag and airport stultification, along with more mundane domestic anxieties. For the title track, Muhly layered the voice of Abigail Fischer, a mezzo-soprano, singing all the addresses at which she has ever lived on top of recordings of another friend taking a shower, eating toast, and frying an egg.